Yesterday was yet again THE race day in Finnish triathlon calendar. The day when an otherwise tranquil village in the eastern part of Finland suddenly transforms into busy race venue that draws undoubtedly the fittest citizens in the country to battle it out against each other and more importantly, against themselves. It was the day of the one and only Finntriathlon Joroinen. 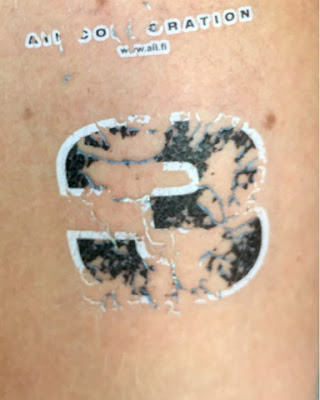 As the last year’s bronze medalist, there were certainly expectations that I among other people had put on my performance in this race. Coming into the season, I was confident that I could improve on that third place. As one may have read between the lines, however, from the too-far-in-between blogposts and moreover, this seasons results, I’ve been a little adrift. In training, there has been occasional signs of really good performance but even more days when I couldn’t have cared less about swimming, biking or running. From this perspective, yesterday’s sixth place is a reasonably good result.
My time was almost the same as last year but the conditions were somewhat better this time around so a little improvement was on the table. I nailed my target wattage of 285W and even had the super aero race-stache going on as tribute to triathlon greats like Tinley, Scott and Ovaska. Nevertheless, I had to ride solo the whole course (because I still swim like a brick) and in the end my split fell a little behind the one from last year. 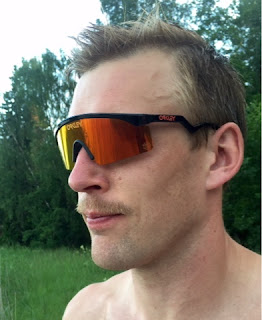 On the run, I expected to be a couple minutes faster as well, but was able to do only an ok run. I did manage, however, to catch the Finnish triathlon legend, Jarmo Hast, known for his running prowess, but soon after I had passed him, I got a reminder of the difference between an age-grouper and a pro-athlete as he launched into a 3 km sprint that I would struggle to follow even with fresh legs. Makes me wonder, though, Jamo why didn’t you run like that in the first place? You would’ve been right in the medal contention.
Sure it would’ve been nice to podium again, but as already mentioned, I’m quite happy with yesterday’s result. All the guys in front were once again either current or former gold medalists in the Finnish Championships so I only got beaten by better athletes. But most importantly, I was having a lot of fun on the course and seemed to find the joy of doing this sport again. Thank you all for the cheers from the sidelines! See you next year for sure! Also, once again, big congrats to fellow Sailfish-Felt team member Darby Thomas for the totally untouchable performance!
Next up in my calendar are the “real” A-races of my season, 70.3 Worlds and Hawaii.